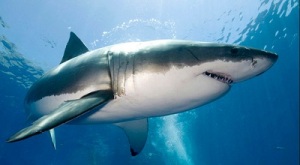 Great White Shark in the National Aquarium in Washington DC. This species is considered vulnerable by the IUCN Red List of Threatened Species. 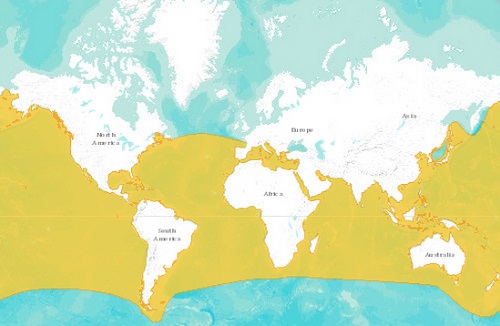 More than 70 percent of victims of Great White Shark Attacks survive because the shark realizes it has made a mistake and lets the victim go.