Migrating whooping crane. This species is considered as endangered by the IUCN Red List of Threatened Species. 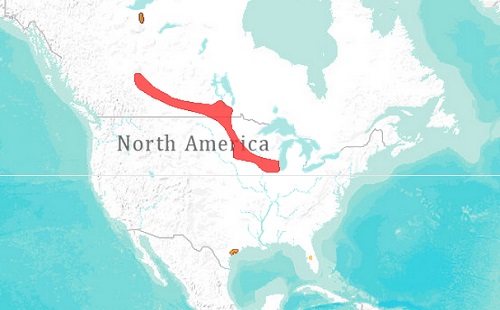 When the new population of whooping cranes was first reintroduced there were no adults to teach migration patterns. Instead humans using ultra light planes become the parents and teach chicks their first migration. It only takes one migration and birds will remember for life returning to their winter grounds every year.