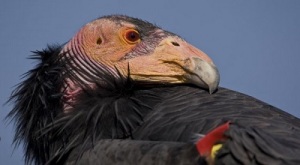 A California condor raised in captivity at the San Diego Zoo. This species is classified as critically endangered by the IUCN Red List of Threatened Species. 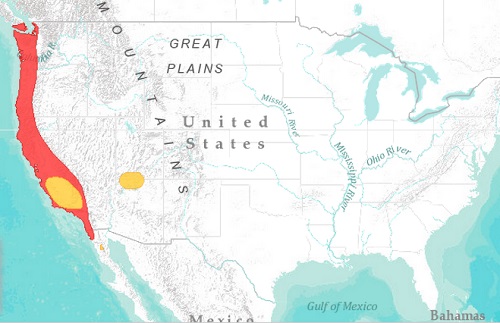 Due to efforts to reintroduce the California condor in the wild most of them wear a numbered identification tag and transmitter.

California Department of Fish and WIldlife