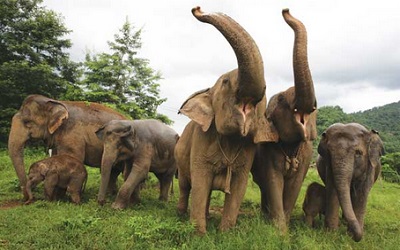 A herd of Asian elephants from the Elephant Nature Park in Thailand. This species is considered “endangered” by the IUCN Red List of Threatened Species. 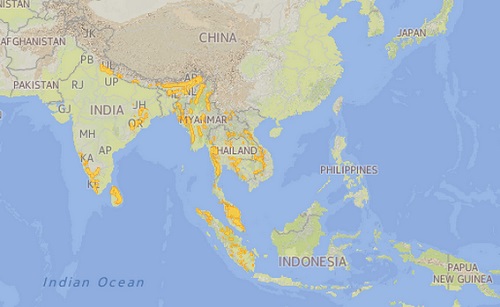