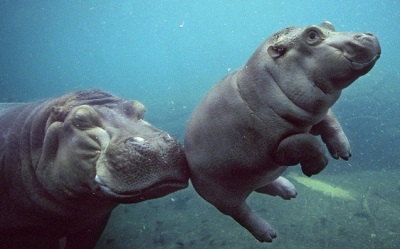 Mother and baby hippopotamus from the Toronto Zoo. The river or common hippopotamus is considered a vulnerable species by the IUCN.

The Animal Aging and Longevity Database – An Entry for Hippopotamus amphibious