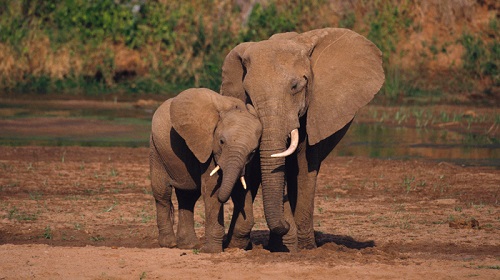 African Elephant mother and calf. The African elephant is listed as a vulnerable species by the IUCN. 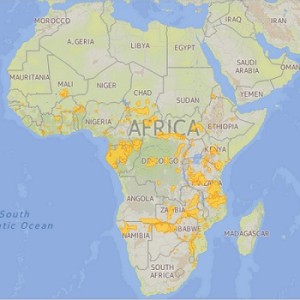 PBS The Elephants of Africa