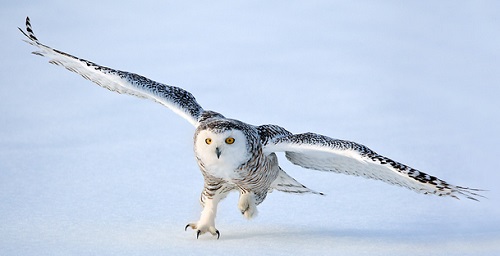 A female snowy owl in the Canadian tundra. This species is listed as Least Concern by the IUCN Red List. 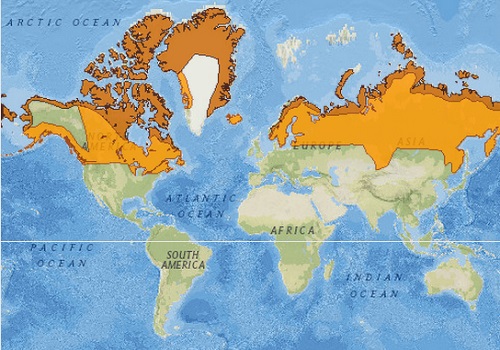