The Latin name for seahorse is Hippocampus which means “Horse Caterpillar”. While seahorses appear to be very different from other fishes in the sea, they are fish nonetheless. According to the Smithsonian National Museum of National History there are 47 species of seahorses. 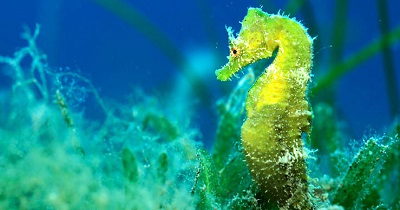 Project Seahorse by the University of British Columbia