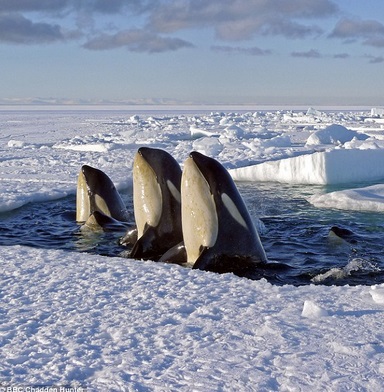 Photo from BBC Frozen Planet. There are not enough studies done on Orca whales for the IUCN classification.

Orca whales are found in all oceans of the world. This map shows the highest concentrations of the species. Photo source: Vancouver Aquarium

More than one species?

Science News – Society for science and the public