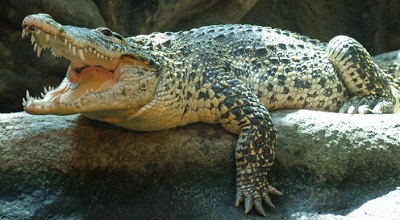 Cuban crocodile is only found in Isla de la Juventud and Zapata Swamp.

Crocodile farms have been established to satisfy the need for skin and meat.

Crocodiles of the World – Crocodile Conservation and Education Centre