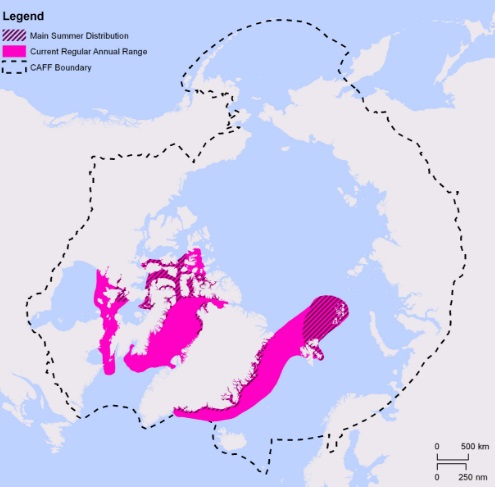 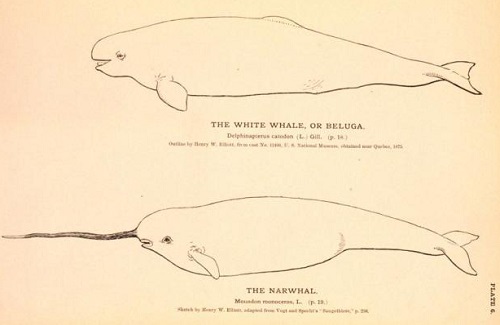 Narwhals and belugas are close relatives 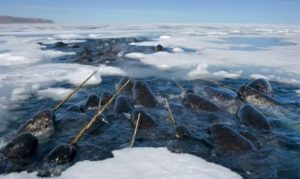 Narwhals congregate into the hundreds or thousands to migrate south during winter and back north in the summer.