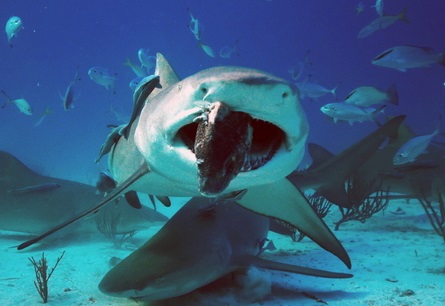 Lemon shark at the Oregon Coast Aquarium. This species is considered near threatened by the IUCN Red List of Threatened Species

Ichthyology at the Florida Museum of Natural History

U.S National Library of Medicine – A genetic assessment of polyandry and nursery fidelity in lemon sharks.