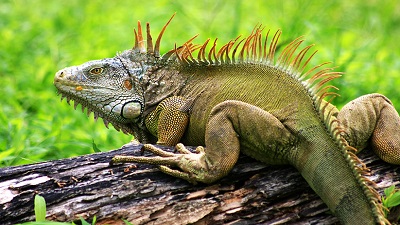 Green iguana from the Amazon Rainforest.

In Central and South America green iguanas are known as gallina de palo or chicken of the tree because it is said it tastes like chicken.