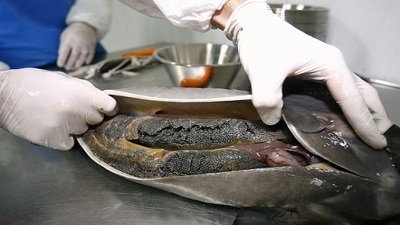 The eggs of the beluga sturgeon from the Black Sea. This sturgeon species is listed as threatened under he IUCN Red List of Endangered Species.