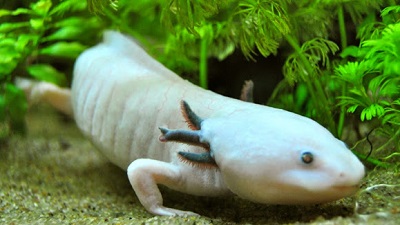 Axolotl from the Vancouver Aquarium. The axolotl is classified as critically endangered by the IUCN Red List of Endangered Species.

Axolotl is the salamander species most easily bred in laboratories. It serves as a research model for the study of regeneration and tissue repair.

Regeneration of limb joints in the Axolotl (Ambystoma Mexicanum)