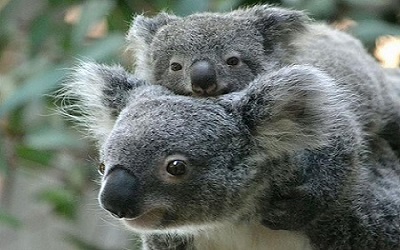 Mother and baby koala in the Australia Zoo. The koala is considered a least concern species by the IUCN Red List of Threatened Species. 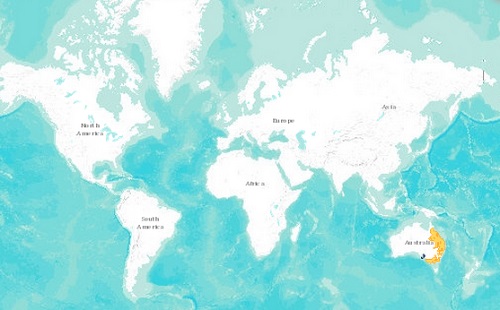