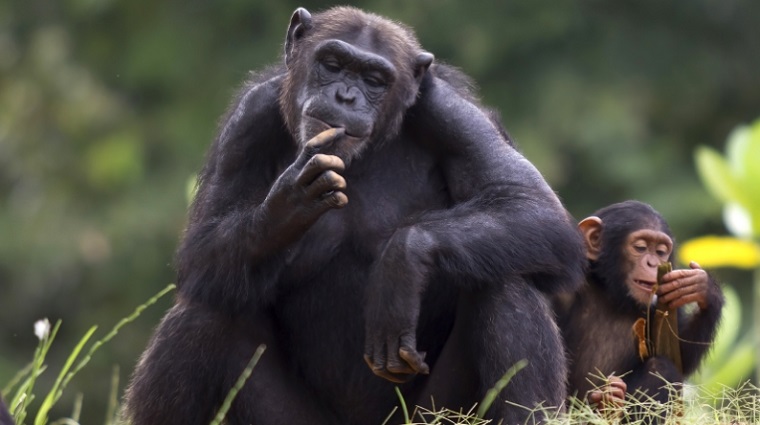 A female chimpanzee and her child  in San Diego Zoo 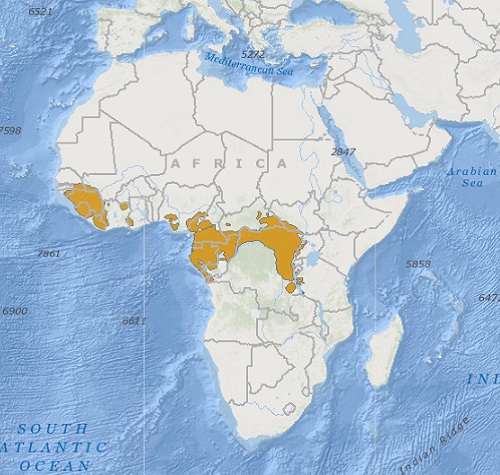 Chimpanzee distribution map. Map adapted from the International Union for the Conservation of Nature (IUCN).